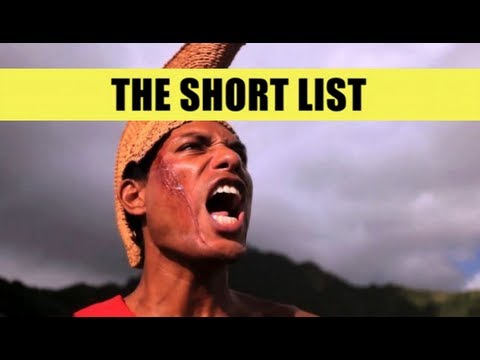 If you clicked through to watch this short film you’re in for a real treat. The film is called Until the Sunsets, it’s set in ancient Hawaii, and it’s freakin’ amazing! The story is captivatingly thrilling and the production value is fantastic. The movie has some cool Hawaiian battle elements that I think you’ll enjoy as well. I also loved that they incorporated the Hawaiian language of ‘olelo Hawai’i. It has kind of an Apocalypto feel to it. Here’s the story summary:

On the eve of the makahiki; the season of Peace and harvest in honor of the God Lono, a neighboring village invades a peaceful village to insure their mana will be increased before the Makahiki is upon them. Two lovers fight to save not only their village, but their right to be together as they battle against time to save their ahupua’a before the sun sets on the season of Ku; the season of war. I’d love to see a story like this made into a feature film. I hope you enjoy the short!