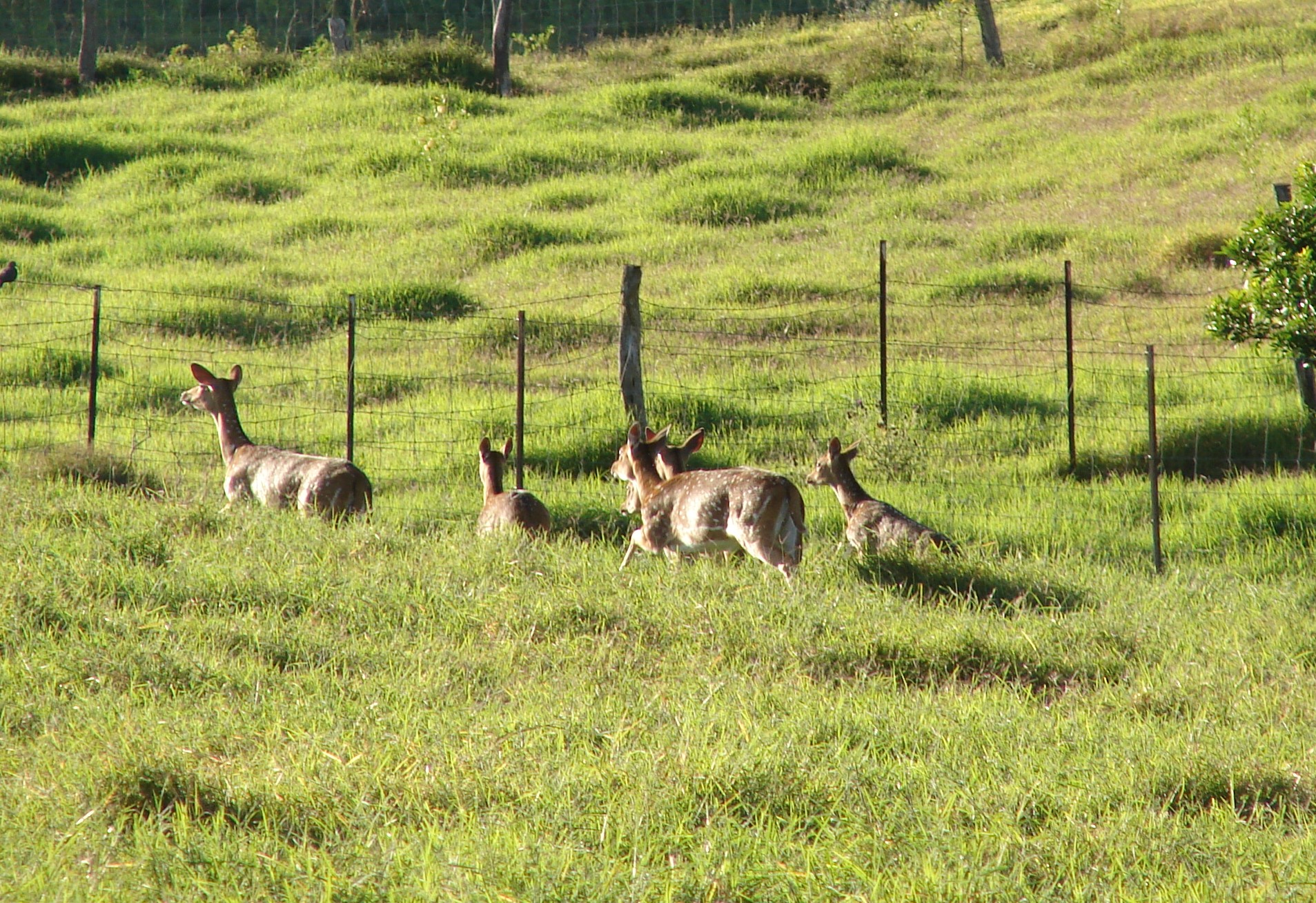 Axis Deer | They may be beautiful to look at, but they’re a large environmental threat to Hawaii island.

Moloka’i knows it all too well.

Many parts of the Friendly Isle are damaged because of an over-population of axis deer. Now, the species has been introduced on the Big Island and environmentalists are concerned.

“First off, they’re voracious grazers of a variety of crops and native Hawaiian species but also because they’re hooved animals. Their hooves can disturb the upper layer of soil, making it really difficult for plants to re-generate and also increasing erosion,” says Josh Atwood of the Department of Land and Natural Resources.

Sam Gon of the Nature Conservancy believes there is still a chance to eliminate the threat on Hawaii Island.

“They haven’t yet established a stable population. They’re still at a stage where they’re controllable and now is the time that we need to remove those animals from the island of Hawaii,” Gon says.

But Gon says time is of the essence.

The axis deer are a threat to crops and to other livestock.

“Haleakala Ranch manager mentioned that this past year during the drought that they’ve been having, the deer looked healthy while their cows were dying,” Gon says.

The state is trying to do its part to cut back on the axis deer population – especially on the Big Island.

“Relaxed the hunting rules so that for the next five years, all you need is hunting license and safety of course. But there’s no bag limit on axis deer on the island of Hawaii. We need to remove them now, while we still have a chance,” Gon says.

Those new rules also apply to Maui and Molokai. Officials warn that if the axis deer population explodes on the Big Island, it could impact agriculture and erosion for decades to come.