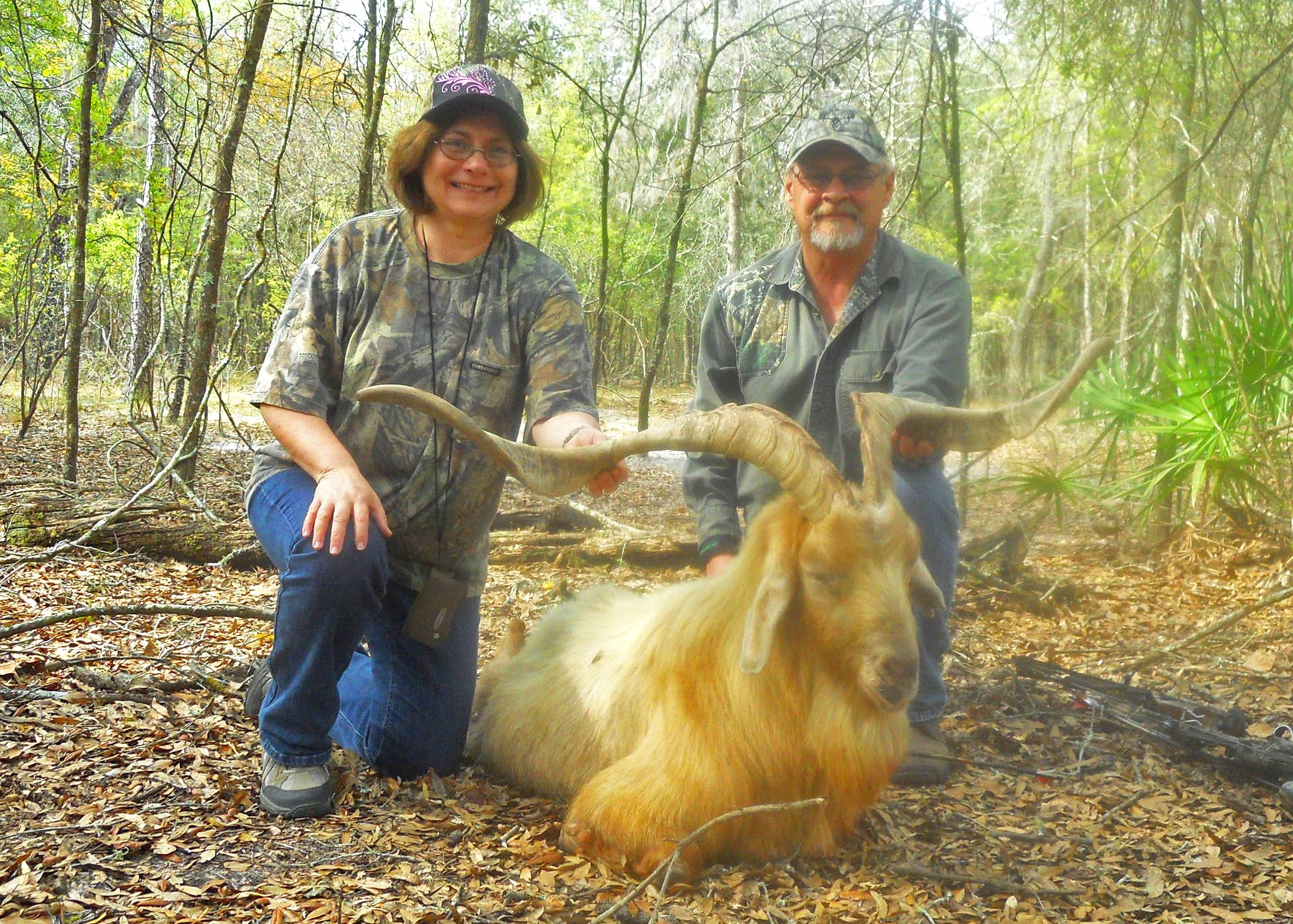 Record Archery Goat | We get some really nice Goats here in Hawaii but not even close this 111 5/8 Record of Exotics recently harvested by our friend Bradley. Should go #2 in Archery and #3 overall in next year’s book. Record Archery Goat- this one is a MONSTER